Apple Has Subscriptions! This is What it's All About

Apple saved the music and perhaps even the film industry by showing the way when it came to how digital content should be bought and sold. The music industry folks were taking a heavy beating from piracy, but Apple brought the iPod, iTunes, and a per-track pricing model that would prove way too attractive for people to ignore.

Today, physical album sales are officially lower than digital ones, and since most people are now using devices like smartphones as their music players, I don’t see physical music living for much longer. That is, with the exception of vinyl records, which have inexplicably developed a revived audiophile hardcore following. I’ll take lossless digital audio over that mess any day, thanks very much!

The thing is, the market has shifted again. This time led by Netflix, which has shown that a subscription-based, all-you-can-eat model can be very profitable. Combined with their advanced analytics, the company is also producing some amazing original content.

Apple, being one of the few trillion-dollar companies in the world, has surely been watching this market shift with interest. Now we have not one, but three, Apple subscription services that can turn your iPhone, iPad, or Apple TV into a complete entertainment solution for a very small monthly fee. Which is why we are going to have a good look at each of these three options.

It’s totally appropriate that Apple’s first foray into providing a subscription service begins with a music platform. It makes sense, since the company already has all the infrastructure. It’s essentially the pricing model that had to change.

Apple Music is rather historical for another reason – it’s one of only two Apple apps that you’ll find on the Google Android Play Store. The other is an app that helps you migrate from Android to iOS. Apple has to acknowledge that only one in ten smartphones is an Apple device and people might own multiple devices in a household. So splitting the platforms makes little sense.

The Android Apple Music app works pretty well in my experience and Apple Music is a great service even for people who own no Apple hardware at all! You can buy a family plan and add up to six users, although they must all have Apple IDs, of course. Be very careful with this option, since adding someone to your family group also lets them buy things using your registered payment method. So any ideas about sharing a single account with people who are not actually your immediate family should be left at the door.

YouTube is the most similar in terms of pricing and functionality and has the massive advantage of including a YouTube Premium subscription in the price – which means you can have ad-free YouTube. You can also use YouTube Music on any device that has the YouTube App. This includes Smart TVs as well. Right now the only way to get Apple Music on your Smart TV is to have an Apple TV or Android TV hooked up to it. You might have to jailbreak Android TV or sideload the app as well, depending on the Play Store permissions it has.

Apple Music’s interface is pretty slick and intuitive on either iOS or Android. Creating playlists is dead easy, as is finding music. Using it through iTunes is more of a chore and pretty unreliable. That’s more the fault of iTunes, however, and as I am writing this Apple has announced that they will be phasing iTunes out as a whole. This suggests that we will be getting a dedicated Apple Music app for desktop systems.

Is Apple Music good? Yes, it is very good. However there are some major weaknesses that I think actually tips the advantage to the likes of YouTube Music. So much so that right now I’d recommend getting YouTube Music over Apple Music. Let me explain.

First of all, the inclusion of ad-free YouTube is a big deal, unless you are one of the few people who don’t watch much YouTube. Secondly, YouTube simply has more music content. Of course, that perception is somewhat anecdotal, and if you mostly like big mainstream musicians it probably won’t matter either way.

The big weakness of Apple Music is, however, its curation and recommendations. Unlike YouTube Music, Pandora, or Spotify, Apple Music doesn’t have advanced, AI-driven music recommendations. Other services are fantastic for discovering new music that’s likely to tickle your fancy. However, Apple Music seems to be almost entirely human-curated. From one point of view, that’s awesome. If you want a guided tour through the works of a band, there’s nothing better. Dynamic adaptation to your tastes is sorely lacking, however. Still, do try the free trial for first-time users and make your own decisions.

Get Your Game on With Apple Arcade 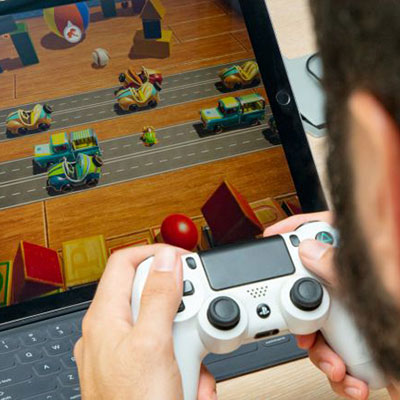 Mobile gaming is in a crisis; the big problem is that people are not willing to pay premium prices for games. A game on the Nintendo Switch can cost upwards of $60 and people will buy it without a second thought, but there are many explanations for this. Apple itself is partly to blame, since it originally created the idea of a 99-cent app, with $4.99 being the domain of premium experiences. Once you’ve set price expectations in a market, it’s hard to get rid of them.

The end result of this is that we have seen a decline in quality games where you pay once, get all the content, and don’t have to worry about in-app purchases or annoying free-to-play mechanics.

It’s a real pity, because iOS devices are formidable gaming machines. There are plenty of wonderful premium titles on the App Store as well, but clearly price is an issue. Apple has seen a gap in the market here and is aping companies like Origin and Microsoft, which will give you access to a premium games library as long as you pay the monthly subscription fee.

The big difference with Apple Arcade is that these games are exclusive, at least for a time. So the only way to play them is to pay the monthly fee. However, that fee is tiny, amounting to about five bucks a month at the time of writing. Any of the games included in the collection is more than worth that, and Apple will be adding to the library as time goes by. Moreover, most of these games support gamepads, and with iOS13 Xbox One and Playstation 4 controllers are supported natively. In the blink of an eye Apple provides one of the best mobile gaming experiences money can buy.

Google is working on something similar, but there’s nothing quite like Arcade’s value proposition. I’m pretty confident in saying that when it comes to mobile devices that aren’t dedicated game consoles, iOS is the undisputed king.

Using Apple Arcade is very simple. After signing up for the subscription, you’ll find a dedicated Apple Arcade tab in the App store. You can download any game listed there and play it as long as your subscription is active. These are all top-notch games from top developers. No matter your taste, you’ll find something worth the money, and more games are being released on a constant basis.

Apple TV+ launches on 1 November 2019 and this marks Apple’s entry into the red-hot streaming service market. With Netflix still at the top of the pile, Apple has an uphill battle ahead of it.

Right now you can only make use of this streaming service on Apple hardware. This seems a little short-sighted and, given that you can use Apple Music on Android, it doesn’t make much sense. If Apple is seeing TV+ as a way to sell hardware, I think they are in for a shock, especially since there is currently no sign of a TV+ for smart TVs. I don’t think people who already own smart TVs are going to fork out for an Apple TV box for the service.

In the end, a streaming service lives or dies by its content. Netflix started out as a fantastic way to watch a back catalog of movies and TV series on-demand. As they became more successful, the rights holders for those movies and shows started to pull out. They wanted to start their own streaming services to get a piece of the pie. However, Netflix used its data analytics and massive war-chest to create pitch-perfect original content. This has completely changed the game and the real money is in creating exclusive original content.

Apple at least seems to understand this and is selling TV+ based on the promise of original content. Only time will tell if the content is any good, but there are nearly 50 titles on the way as I write this. Also at the time of writing, Apple is offering a year of free TV+ to anyone who buys a new piece of Apple hardware. You can also share that subscription with your whole family group. That definitely softens the blow of buying an Apple TV box and it is a bit of an incentive to upgrade your phone. For those of us who aren’t going to buy a new Apple gadget in time to take advantage of the offer, it’s probably better to wait until reviews come in for Apple’s content. It only takes one killer show to get everyone handing over that sweet subscription cash.

I doubt Apple TV+ is worth subscribing to long-term at first, but Apple has the sort of cash reserves to execute loss-leading strategies for years. Apple TV+ isn’t just an experiment. It’s a sign of the company’s future plans, as a total platform provider. We can all afford to wait – after all, it’s not like we’ve run out of things to watch on Netflix. In the great streaming wars, it seems the consumer almost always wins.

All You Can Eat

With Apple now offering music, games, and TV services for a pretty reasonable price, it’s hard to feel anything but good as an Apple hardware user. However, it would be better if we could get bundle deals the way that Google has done for its Youtube services. Still, add all the subscription prices together and you get a massive amount of content for very little money. A fixed, easy-to-budget amount. You can still buy content to keep forever, but how long will that model last? Why buy a song, when you can have access to all music for a year at the cost of one traditional album.

The biggest problem is fragmentation, where you have to subscribe to multiple streaming services to get access to everything you want. On the gaming front that’s no issue, but Apple Music consistently lacked artists that I wanted to listen to, which will, of course, change. Video streaming is a big pain. It’s unlikely that Apple TV+ will replace your other services soon, so unless Apple goes ahead and bundles it with the other services, it’s hard to recommend at this time.

However, thanks to these three services, it’s possible to go all Apple, all the time if you really want to. Diversity is the spice of life, but it sure is nice to have options!