You’ve probably heard of your iPad’s touchscreen referred to as a “capacitive” touch screen. What does that mean? How does this thing even work? It’s literally a piece of glass, yet we can tap buttons, drag and resize objects and have all ten fingers register separately without any problems at all.

There are however quite a few ways to touch-enable something, so in this article I’m going to talk about other touch-screen types – most of which will make you appreciate your iPad screen even more.

Before we get into how touch screens actually work, let’s quickly look at what they are supposed to do. A screen is a 2D plane. Which means it has an X and a Y axis. Remember that from school? The touch part of the touch screen needs to determine where along that X and Y axis you put your finger or stylus. Simple enough right? But there are lots of ways to achieve this – some of which work better than others. 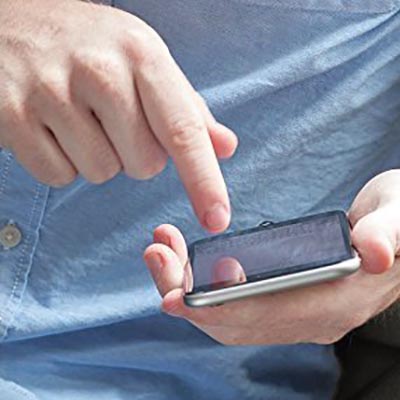 If you were an early adopter of touchscreen mobile devices and owned one of the early grayscale Palms or later devices like the color iPaqs by HP, then you’ll be familiar with resistive touch screens – even if you didn’t know they are called that.

The first thing you’ll notice about resistive screens is that they’re a bit…squishy. Unlike the hard glass surface of an iPad screen a resistive screen is made of two flexible sheets layered on top of each other. Each of these is coated in an electrically-resistive material.

These two layers are separated by an air gap. When you press on the screen with a stylus, finder, or anything else you squish the two layers together, forming a circuit. Based on where that contact is made, the computer can figure out exactly where the touch has happened.

Unlike the screen on your iPad, a resistive screen will work with anything. It doesn’t matter if you are wearing gloves or are using a regular old pen (not the ink nib!) to input touches.

Most resistive touch screens that you find in the wild do not support multi-touch, but it is possible to do with this technology. Using a stylus resistive screens are actually very accurate, but when using finger input the screen on your iPad or iPhone have it beat. These screens also take quite a beating from normal use and will wear out long before the capacitive screens used by our smart devices.

The main reason that resistive screens have lost out in the consumer market is because they just don’t feel very nice to use. Especially when using finger input they are noticeably sluggish, which really takes away from the user experience.

Capacitive touch technology is the one that the general public is now most familiar with, thanks to the i-device and general smartphone revolution. You can immediately tell the difference between this type of touch screen and resistive screen just by looking at it and touching it. Capacitive touch screens are usually made of glass. Glass is of course non-conductive, but it gets coated in a transparent conductor. If you’ve ever had the misfortune of getting an electric shock you’ll also know that the human body is a conductor of electricity. The conductive layer of the screen has an electrostatic charge. When you touch it with your finger you drain away some of that charge, distorting the field. The computer can then calculate exactly where your finger is on the screen.

As you’ve probably realized, you need to use something conductive or the touchscreen won’t know it is being touched. That means if you wear gloves or are using a plastic stylus that would work with a resistive screen, you’ll be out of luck with a capacitive screen.

Thanks to the insane amount of money generated by smartphones and tablets, there has been an explosion in improvements to capacitive touch displays. With every generation of iPad or iPhone these screens get thinner, tougher, and more accurate.

You won’t be surprised to know that there are touch-enabled screens with other surfaces apart from capacitance and resistive methods. There are touch screens that use a projected infrared grid. When a finger or other object disrupts the beams then position can be calculated.

Optical touch screens work in a similar way, but instead of infrared light they use light from the visible spectrum.

Possibly one of the strangest ways of determining touch input is by using sound. Acoustic pulse recognition screens use a set of transducers that listen for the sound of a tap or touch. With some clever math they can then work out where the touch is happening. The downside is that you can’t detect a tap and hold, since static objects won’t make any sounds. This can actually be an advantage in some situations, but not exactly suitable for mobile device. 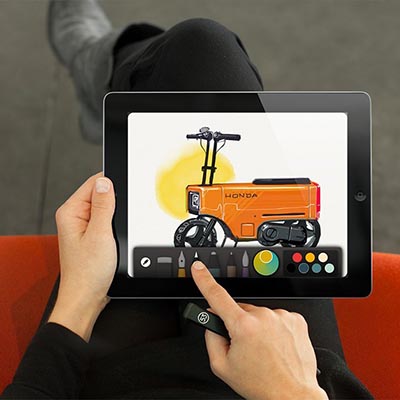 The future of touch interfaces really has some cool stuff going on. Recently Apple introduced 3D touch technology to some of its i-devices. This lets the screen also detect the amount of pressure that your finger or stylus is exerting. Obviously this allows for a whole new way to interact with software.

One of the biggest drawbacks with touch interfaces compared to traditional buttons is the lack of feedback. After all, an iPad screen is just a sheet of glass as far as our fingers are concerned. This is one of the reasons that iPad games that make use of virtual joysticks on screen often perform in such an inferior way.

This is where something called haptic feedback comes into play. Most smartphones already have a form of this. They vibrate slightly whenever you tap a button on the on-screen keyboard. In media labs all over the world scientists and engineers are working on ways to supercharge haptic feedback on touch screens.

Disney recently showed off haptic touch screens that can reproduce textures on the screen that you can feel with your fingertip by a very clever use of vibration technology. We may also see touch screens that you don’t actually have to touch to use. Curved screens are now also all the rage, but eventually screens may be flexible enough to roll up or fold. Pretty cool, right?

Still, with head-mounted displays becoming smaller and more affordable there may come a day when the physical display will be obsolete, but for now the future for touch screens looks pretty bright.