Every iPhone Generation (Updated 2020) - That’s a Lot of iPhones!

The first iPhone was unleashed upon the world all the way back in 2007 and the world has not been the same since. At the time of writing, Apple has just released the 11th generation iPhone. To say that this is confusing to the uninitiated is an understatement. So to clear it all up, let’s do a simple rundown of every iPhone released up to the end of 2020. If you’re in the market for a used iPhone, I’ll let you know which phones to avoid. Just keep in mind on which date you’re reading this information and move things along accordingly.

This is the original Apple smartphone and is astoundingly primitive by modern standards. It lacks any sort of mobile broadband, which almost makes the label “smartphone” a joke. The only reason to buy one of these today is if it’s still new in box and you hope to auction off to a collector one day.

Amazingly, I still know people rocking an iPhone 4S in 2020 – something I absolutely do not recommend, but it’s a feather in Apple’s cap that this generation of phone is still technically usable as a basic smartphone today. If you are willing to pay for a battery replacement, that is. The 4S was the model that debuted Siri, Apple’s digital assistant. This makes it another important phone historically, but that’s about it.

Up until the iPhone 5 generation, iPhone design hadn’t changed much. They were dinky phones with dinky screens, and by 2012 a little dated in the looks department. The iPhone 5 refined the classic iPhone design significantly, with a taller screen and metal body. It supported LTE, had a much faster system-on-a-chip, and brought the modern Lightning connector to market.

The 5 was quickly replaced by the 5C, a cheaper version of the phone with a plastic body available in several colors. The 5S was then the mid-generation upgrade. This generation of iPhone was extremely popular, partly due to the lower price of the 5C and partly due to the fact that it has a great mix of features. In a pinch you could get along with an iPhone 5 in 2020, but it would have to be nearly free with no other options to even make me consider it. 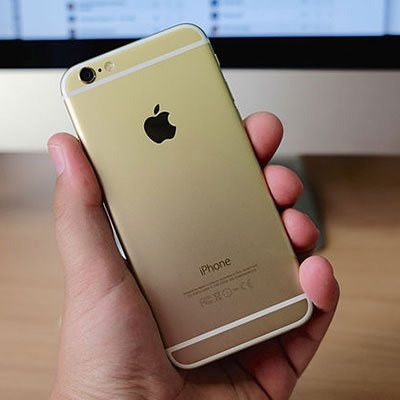 With the iPhone 6 and 6S generations, something unprecedented happened. Apple has always been staunchly against the annual increase in phone screen sizes, with concerns about usability. However, with phones like the Samsung Galaxy S and Note phones becoming incredibly popular and screen sizes in excess of six inches becoming more common, Apple had no choice.

The standard iPhone 6 and 6S have 4.7″ screens, with the “Plus” model taking that up to 5.5″. The iPhone 6 was divisive, but still very popular. In 2020 there are plenty of people still using these, but it’s really showing its age. The iPhone 6 does not support iOS 14, which means it’s officially at end of life. The 6S phones do support the latest iOS version in 2020, but that means they are on the cusp of support, so current owners now have to strongly consider buying something new.

In response to the mixed reception of the iPhone 6, Apple came up with a rather brilliant idea. Take the form factor of the iPhone 5 and 5S and put the guts of an iPhone 6S in it. This idea led to the iPhone SE, which sold like gangbusters and is still pretty popular in 2020. Like the 6S, it has iOS 14 support; if you absolutely must have a 4-inch smartphone in 2020, this is still the only option for iOS users. The phone was discontinued in 2018, but there are serious rumors about an SE 2 on the horizon. Buy one if you must, but waiting may be the more prudent move.

According to how Apple counts generations, this is the tenth iPhone series. This is very much still a contemporary phone in 2020 and if you can get a good used deal on one, it’s worth having. These two phones, differentiated mainly by screen size, are infamous for having no headphone jack.

Major Android phone makers have started to follow suit in 2020, but in 2016 when the 7 launched, this was seen as a cynical ploy to sell more Apple Airpods. Newer iPhones have stuck with this decision, so we all have to embrace it. The 7 and 7 Plus will work just fine as day-to-day phones in 2020 and have a few years of support left.

In 2020, the iPhone 8 and Plus models are the contemporary mainstream iPhone. Confusingly, this was released alongside the iPhone X, which is a more premium device. It’s totally OK to buy an iPhone 8 new in 2020, especially since Apple has made some serious price cuts to the device. Sporting the same 4.7″ and 5.5″ options since the iPhone 6 and 6 Plus, it might not look all that different on the outside. Under the hood however, this is still a powerhouse device.

Strangely, the iPhone X has been discontinued while the 8 is still a current model. Despite this, the X is a superior phone by design. So if you can get a used X for much less than a new 8, it makes sense to go for the used phone instead, provided it’s in great shape.

The X makes some big changes and brings the iPhone range in line with premium superphones like the Galaxy S series. Unlike preceding iPhones, and the 8, the X comes with a 5.8″ AMOLED screen. With superior blacks and overall much more pleasing visuals, this was also the phone which introduced the screen notch, which was then copied by almost every Android phone maker.

The X was only on the market for 10 months before being replaced by the XS, but it’s still a very good phone in 2020.

These phones are the successor to the X and sport various upgrades. The XS is a mid-step upgrade over the X and has also been discontinued in 2019. The XS Max bumps up the display size from 5.8″ to a whopping 6.5″, which is something to behold.

The XR looks like the other phones, but has a much cheaper LCD screen, sized at 6.1″. It does, however, feature the same A12 Bionic chipset as the other two phones. The A12 has one of the best smartphone system-on-a-chip designs ever and it’s hard to imagine anyone in 2020 and the three or four years following being disappointed with its performance. If money is no object, the XD Max is the phone of choice. Otherwise, the XR was the best selling iPhone of 2018 for a reason.

In 2019, here are two main branches – the standard 11 and the Pro models. As you probably guessed, the Pro Max is the big-screen option.

At their core, all three phones have the same specs, featuring the superlative A13 Bionic chipset. The big differences come in terms of screen and camera features. The 11 has a 6.1″ IPS LCD screen and a dual rear-camera array. It’s the cheapest of the three and those are the two areas where most cost-cutting happened. You can, however, rest assured that actual app performance will be identical across all three models.

Both Pro models have an OLED display, providing a substantially superior experience, although the LCD in the 11 is one of the best displays in any mobile phone. Both Pro versions feature the famous triple-camera array, bringing a big boost to phone photography. There’s lots of competition here, but the 11 Pro phones definitely have the edge in terms of making videos or taking photos. If that matters to you, this is a big step up.

It’s a real pity there’s no non-Pro OLED option. We have to take both features or neither. The iPhone 11 is already a super-phone and most people are not going to use the Pro cameras to their potential. I hate to give up OLED, but the stock phone is the best value of the three. However, if you can get one of the OLED iPhone X models for less than a stock 11, it might be the better deal.

Here we reach the latest and greatest models of 2020, with a new and widely appreciated member in the iPhone 12 lineup – the Mini. At 5.4 inch, it will be a great replacement for those who loved the Plus sized iPhone 6 and iPhone 8.

All phones feature Apples’ latest A14 Bionic chip and come with either 64GB/128GB/256GB storage or 128GB/256GB/512GB for the Pro models. The other major difference between the Pro models and the “normal” iPhones is, just like it was on the iPhone 11, the 12-megapixel telephoto camera. This means that you get 4x optical zoom for the 12 Pro and even 5x zoom for the Pro Max compared to the 2x optical zoom of the other models. That’s a big difference worth considering if making photos is important to you in a phone.

The display sizes are 5.4″ for the mini, 6.1″ for the iPhone 12 and the 12 Pro, and 6.7″ for the Pro Max. This time, though, all iPhone 12 displays are super retina OLED’s, which, to me, makes the choice even easier than it was for the iPhone 11 series. If photography is mega important to you (and you can spare the cash), go for the Pro. If not, the normal iPhone 12 will do more than just fine.

You may also be interested in our reviews about